Conclusion of a three-part column 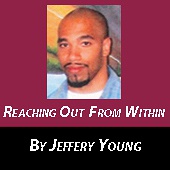 It’s another sunny day in the ’hood, and the same old tired events are unfolding. A young brother is swindled, mean-mugged, and called a punk. Feeling disrespected, the young brother chooses his response.

Acting on impulse, blinded by juvenile pride and infantile rage, he curls his finger tightly around the lemon-squeeze trigger. As each bullet successively erupts from the barrel, the 9mm Glock’s recoil power surges through his body. The power immediately transcends the physical realm and saturates his thinking and emotions.

As word of his actions spread through the streets, the looks and vibes he receives from his peers permeate his entire being and resonate within his bones. The psychological experience for him is an intoxicating elixir of recklessness. The lingering whispers of “money, power, respect” have coalesced into a loud, violent and destructive perception of the ’hood’s ultimate measure of manhood — respect.

Last month, in part two of this three-part series, I wrote about the personal power of choice and its effectiveness in social mobility and personal achievement. Many young men either overlook or are otherwise unaware of this power.

Often, the big homies and other social forces inoculate young brothers’ minds with a seductive Machiavellian idea of power. Niccolo Machiavelli’s perspective was that power is the ability to impose our will on others for our own selfish gain, using tactics of deception, manipulation, coercion and death.

When I was in the streets employing these tactics to gain power, others responded to my actions with fear and awe. I then foolishly interpreted this fear as respect and felt validated in my reckless exercise of power.

The delusion I had about respect is prevalent among many of you young brothers in the ’hood today. This belief that fear is the best respect will only lead to your demise.

Fear isn’t synonymous with respect. When people fear you, they swell in animosity and resentment. They then wait or actively plan for your downfall to free themselves from the bondage of fear that you have imposed. As soon as you’re vulnerable, in need of help, caught slippin’, or fall — as everyone is destined to do from time to time — everyone who fears your behavior will leap to the opportunity to devour you.

This belief that fear is the best respect

will only lead to your demise.

When the community you terrorize finally catches you slippin’, they throw you in prison where the belly of the beast devours you. When the “Don” or the “Boss” is caught in a moment of weakness, he is devoured by people in his own crew who fear him rather than respect him.

If you pursue a path that elicits fear and dread from your peers and community, your hardships and drama in life will magnify and multiply. When you have true respect from people, your moment of slippin’, vulnerability or falling becomes a rallying call for others to lend you a helping hand and lift you back up to your rightful place of glory.

When people respect you, they give consideration to your values, decisions, and personal space. They grant you opportunities. They speak up in your defense. They invite you into their community and their homes. The only way to earn respect is to respect yourself by being righteous and excellent in all you do, treating others well, and honoring their right to life.

Start today and take a step to earn respect and quell the fear you have instilled in the community by acknowledging your wrongs to the people you have hurt, taking responsibility for your actions, and making a commitment to add something positive and productive to other people’s lives rather than just take from them. Pursue this path and you will obtain sustainable success in life.

As a teenager, my philosophy of money, power and respect played a tremendous role in my malevolent behavior and creating chaos in my life. Hopefully, the insight I’ve shared in this series will help some of you young brothers realize that if you fail to educate yourself, strive with integrity to transition from poverty to wealth, invest your time wisely, nurture your level of experience, make good choices, and earn people’s respect instead of their fear, your destiny will likely bring you to sit beside me in prison for 99 years.

The choice is yours to make.