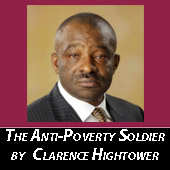 A few weeks ago I introduced a column discussing the official U.S. poverty rate by referencing the 2011 poverty bus tour that was organized by Tavis Smiley and Dr. Cornel West. In August of that year, Smiley and West visited a total of 18 cities in 11 states.

Designed to reveal the many faces of poverty that persist across racial, cultural and geographic lines, the tour commenced on an Ojibwe reservation in northwest Wisconsin before culminating at a town hall meeting in Memphis and a visit to the Lorraine Motel, site of the assassination of Dr. Martin Luther King, Jr.

In between, the pair visited urban centers such as Chicago, Detroit and Atlanta along with smaller cities like Charleston, West Virginia and the rural town of Caledonia, Mississippi. The poverty tour was later chronicled during a five-part PBS television mini-series where several key figures central to the current debate on poverty were interviewed. These included poverty expert Jeffrey Sachs, evangelist and social activist Jim Wallis, and former U.S. Secretary of Health and Human Services and Governor of Kansas Kathleen Sebelius.

In April 2012, Smiley and West continued their campaign by publishing The Rich and the Rest of Us: A Poverty Manifesto in which they declare “poverty is 21st–century–style slavery; its eradication should serve as the battle cry of a new civil rights movement.” They followed their text up with a second poverty tour in September of that year focusing on the presidential election battleground states of Ohio, Pennsylvania, Virginia and Florida.

Although they were credited in many circles for thrusting America’s escalating poverty crisis to the forefront, Smiley’s and West’s activities during this period were mired in controversy and often drew the ire of their peers in the field of journalism and among the Black intelligentsia. A number of media personalities and public intellectuals from the African American community roundly accused the pair of using these platforms to further their fierce criticism of President Obama for not doing enough to address the issue of poverty in America.

Many have even suggested that Smiley and West’s repeated attacks on the president are the byproduct of their own bruised egos. For their part, Smiley and West have maintained that the significance of the issues they sought to highlight should far and away eclipse any squabbling within the Black community.

Nonetheless, this episode has led to a massive rift between several members of the African American political class that continues to this day with Smiley and West on one side and the Rev. Al Sharpton, Dr. Melissa Harris-Perry, and West’s own protégé Dr. Michael Eric Dyson on the other.

I have absolutely no idea about the particular motivations of Smiley and West and don’t wish to take sides in the matter. I also lament what has become a vicious public feud between some African American leaders. Yet in spite of this, I think that these poverty tours and the corresponding text did, in fact, shed a new and vivid light on the accelerating scourge of poverty that plagues this nation.

I further believe that such efforts should be replicated again and again, until all of America fully recognizes the potential calamity within our midst. The most recent statistics show that nearly 50 million Americans live below the official poverty line. However, one of the claims that came from the journey of Smiley and West, which has recently been corroborated by multiple sources, is that nearly another 100 million Americans face economic insecurity and are at great risk of falling into poverty. Together, these two figures account for nearly one-half of the population of the United States.

Although the official poverty rate may have leveled over the past couple of years, massive corporate layoffs, the offshoring of U.S. jobs, and additional challenges confronting American industry and labor have the real potential to plunge more and more Americans into poverty. Even if recent data shows that there has been net job growth, analysts say the majority of such jobs do not provide a living wage and many continue to remain unfilled.

These trends have also shattered many misconceptions about poverty, demonstrating that it has no bounds and reaches into nearly every segment of American society. Consider, for example, a recent story from the Minneapolis Star Tribune revealing that poverty has almost doubled in the suburban Twin Cities since the year 2000. In fact, there are approximately 126,000 more people living in poverty in Twin Cities’ suburbs than in the cities of Minneapolis and St. Paul combined.

Some might point to the gentrification that has no doubt displaced some low-income residents. But as the Star Tribune article clearly states, so many “who were pushed out of the middle class by the hard times of the past decade haven’t made it back in.” Ultimately, the point is that the majority of us are an unfortunate event or two away from joining the ranks of the poor.

Smiley and West have called for a new civil rights movement with the abolition of poverty as the guiding principle. And even within the last week, Pope Francis has sharply amplified his position that the elimination of poverty is the greatest human rights issue facing us all, noting that it is the responsibility of everyone “to stand with the poor.”

At some point, I believe we must dutifully fulfill this mission before it is too late.

Prosperity for the few, hard times for the rest of us 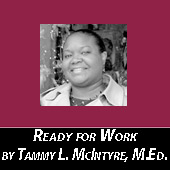 Training in the trades a good investment