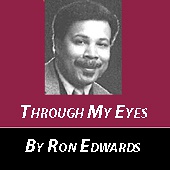 On Friday, July 27, 2018, the Minneapolis City Council voted 10 to 2 (1 absent) to place a charter amendment on the ballot for restructuring the Minneapolis Police Department (MPD) so that the Chief and the department would all report to the 13-member council and the Mayor. That is a formula for chaos and disorder and would distract from the City’s basic functions regarding education, jobs, housing, development and public safety.

This “empowerment” will be disastrous for keeping order. There will be no winners.

In my last column, I reported the rumors of attempts to oust Minneapolis Police Chief Medaria Arradondo. Many on the council who opposed Arradondo’s appointment are now in the catbird seat. As I reported in January 2018, the council has prepared for opening the door for the swift removal of Minneapolis’ first African American chief of police.

If it had not been for former Council President Barb Johnson, the opposition group would have blocked Chief Arradondo’s appointment as acting chief. Everyone has been hesitant to admit what I have been saying in this column.

Minneapolis Mayor Jacob Frey is understandably opposed to the proposed charter change amendment. Nowhere in the United States is a police department required to report to 14 policy makers. The proposed charter amendment will be an absolute disaster. The change decision is driven by race.

One council member had the guts to force through a motion to allow the Public Safety & Emergency Committee to hold a public hearing and allow the community to speak their truth to this action. Chief Arradondo was never conferred with, which is one of the reasons, in this column, that I sounded the warning six months ago that Chief Arradondo was an intended target.

How the voters will respond, we do not know; but, his replacement will not be someone Black. Race is the steam engine in this city. Fifty years ago, the Kerner Report said poverty and institutional racism were driving problems in the inner city. They still are today.

In 1990, the Star Tribune ran a 21-day series on the racism of Minneapolis. In January 1999, the Mpls.St.Paul magazine cover stated that “the ugly fact is that racism is alive – and growing – in the Twin Cities.”

On July 17, 2018, former President Barack Obama gave the 2018 Nelson Mandela Annual Lecture in South Africa, reminding us that for democracy to work, we have to “engage with people … who hold different views.”  We are failing that.

And now, last month, a civil rights lawsuit has been filed against Minneapolis City Officials in the death of Justine Damond.

All of this raises several important questions:

View all posts by Ron Edwards →