The colorful tradition of Black women and elaborate hats reportedly dates back to ancient Egypt. In America, enslaved Black women were allowed to don decorative caps and hats for Sunday worship service. In the 1940s and ’50s, milliner Mae Reeves, now immortalized by a permanent collection at the Smithsonian National Museum of African American Culture, created designs for notables Lena Horne, Ella Fitzgerald and Eartha Kitt.

The late Aretha Franklin carried on the tradition when she sang for President Barack Obama’s 2008 inauguration sporting a show-stopping bow-tied church hat designed by Luke Song.

“Grace” pays homage to the history and cultural significance of fancy hats, often called church hats, with paintings by Beverly Tipton Hammond and photography by Walter Griffin. Both spoke to the MSR prior to the exhibit opening.

Tipton Hammond contributes selections from her “Hattitude” series, rendering dazzling elegance and understated sass. “I’ve always loved hats,” she said, smiling. “I’d attend Pentecostal and Baptist churches, praise God, jump up and down. The first ladies wore the hats that matched the suits that matched the shoes and the pocketbook.

“I’ve been to Africa, spent time with Nigerian and Kenyan women who wear a three-piece skirt, top and a head wrap. Hats are like crowns.” She added, “I’m not the only one to use the term ‘hattitude.’ Women who wear hats, there’s a certain [regality], particularly church hats.”

“One of my cousins is [a company member] with The San Francisco Opera. He sang at the Minnesota Opera. Aunt Lydia was an opera singer. Even my mother, though she became a nurse, had a beautiful voice.” For that matter, Tipton Hammond, among other prestigious outings, sang at the White House for President Bill Clinton. “I got it from both sides [of the family],” she recalled.

Immersed in the arts from her pre-teens years of studying dance at Children’s Theater Company School and Minnesota Dance Theatre, Tipton Hammond has been painting the past 12 years. However, her first calling is answering to the Lord.

“[Painting] was a hobby I would do in my downtime. Since I’m a dancer, the brush was like dancing on the canvas.” As an ordained elder, she carries The Word via Pure Water Ministries International. “I still go to church and shout,” she said. She has shown her work at, among other halls, The Women’s Hat Luncheon and Hennepin County Employee exhibit.

Tipton Hammond continues both her penchant for creating images, working with visual artist-writer husband Andrew Hammond to launch Berries on the Vine Graphics & Design and, of course, her steadfast devotion to God which includes the innovative comic book The Adventures of Holy Girl. 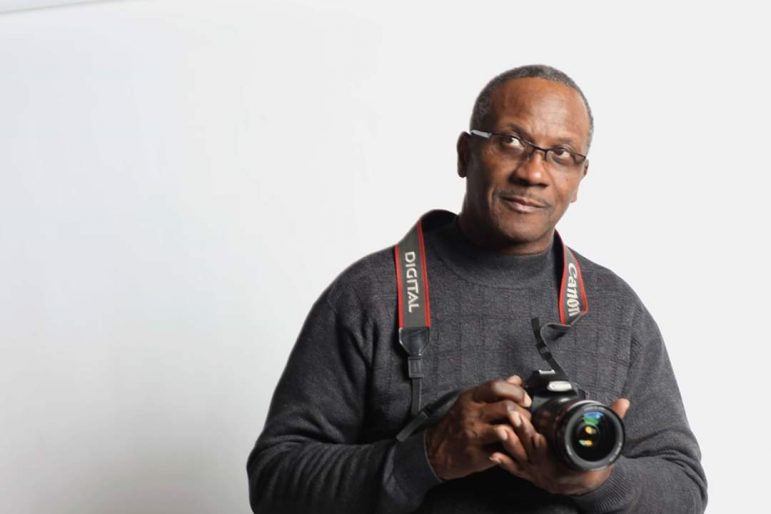 Walter Griffin may well be the Twin Cities’ hardest working shutterbug with 150 showings, averaging, he estimates, between 20 and 30 photographs per exhibit. His prints have featured locally at the Guthrie Theater, Minneapolis Institute of Art and the Minnesota History Center; and nationally at Studio Museum of Harlem (NYC), The School of the Art Institute (Chicago, IL), Carver Museum (Austin, TX) and Five Point Museum, (Denver, CO), as well as abroad in Ghana, Liberia, Uganda, Spain, Scotland and France.

Griffin caught on early in life, inspired by an icon. “[At] about eight, I got to see Gordon Parks do a demonstration at [Chicago’s] Southside Community Arts Center. At that time, I was already the third-grade reporter for my school newspaper. I had an interest in photography already and it spurred my interest even more.”

Griffin’s catalog captures a career spent photographing jazz musicians, cityscapes, cultural events, dancers and the seasons of life. Reflecting on his stints lecturing at universities and colleges, he said, “Principally, I tell about my life as a photographer and show images I’ve [shot] over the years.” He’s rubbed shoulders with notables, lensing the likes of, among others, Miles Davis, Bob Marley and Count Basie. “Sarah Vaughn sang at one of my openings,” he recalled. 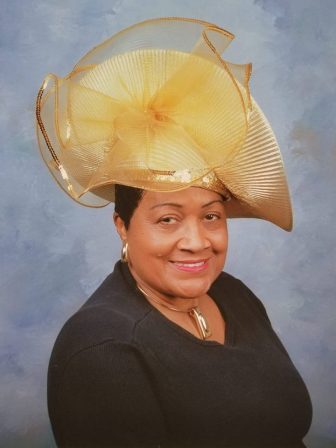 He said of these encounters, “I was just documenting the moment, man. Sometimes it was a job. The most important thing is to get the image.

“Most of the time I was publishing, so, I had to make sure I got the image. I think you can have aspects that make it art and there are aspects where you just happened to be at the precise moment and capture an event. You could say it’s a craft. I have made a living doing photography, so, in some ways, I would say it’s a vocation and an avocation.”

In addition to the photography of Griffin and the paintings of Tipton Hammond, “Grace” also features a collection of hats provided by Kevin Henderson of Mr. H’s hats.

“Grace” runs from Nov. 1, 2018 to Jan. 31, 2019 at the Minnesota African American
Heritage Museum and Gallery, 1256 Penn Avenue, Fourth Floor, in North Minneapolis. Beverly Tipton Hammond and Walter Griffin will be on hand for the opening reception on Nov. 1 from 5-7 pm. Admission is free. For more info, visit www.maahmg.org. 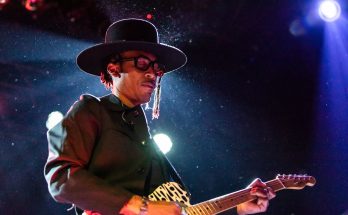 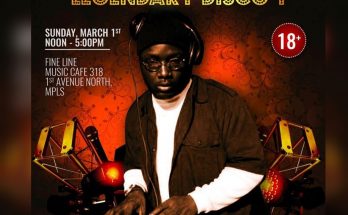