In the tradition of women like Ida B. Wells Barnett, Elaine Brown, Angela Davis, Septima Clark and many others, Makayla Gilliam-Price is a Black woman at the forefront of the fight for social justice in America. The 19-year-old is at the center of HBO’s new documentary Baltimore Rising.

Directed by actress and self-proclaimed change agent Sonja Sohn, the film chronicles the efforts of various members of Baltimore’s community to deal with the myriad issues facing the city in the wake of the tensions that exploded after the death of Freddie Gray while in police custody.

Of the film, Gilliam-Price says, “I think I actually fall in love with it more and more. I’ve been able to dissect and frame different symbolic parts of the documentary to a larger narrative about Baltimore which I didn’t really have the perspective to do the first time.”

The first time was a private screening with the filmmakers and the people who are featured, in addition to Makayla. She recalls, “The first time I saw it at one of our private screenings with all of the cast members and Sonja in Baltimore and just a few members of the HBO crew, it was so overwhelmingly embarrassing I had a hard time watching it all the way through.”

Given her preternatural maturity, it is a bit jarring to hear words that remind us that Makayla is in fact, still very young. Raised by a family drawn into the struggle for social justice by the 1998 state-sanctioned execution of her uncle for a crime most believe he did not commit, Gilliam-Price created the organization City Bloc while in high school that worked to educate young people about how to exercise their political rights.

She is also a member of Leaders of a Beautiful Struggle (LBS), an organization that seeks to mobilize young people and get them aware of the importance of legislation in the fight for social change and getting that legislation passed.

Other members of that organization, Adam Jackson, Dayvon Love, and Kwame Rose are also in their late teens and early 20s and are featured in Baltimore Rising. Rose is perhaps most familiar because of his infamous confrontation with TV personality Geraldo Rivera.

The film’s director Sohn said she was inspired to do the film in part because of the stories the young activists were telling, and the work they were doing that was going unheralded by mainstream media.

Makayla is one of two women featured in the documentary and says that women can have their own particular challenges when trying to be part of a movement to effect social change. She explains, “I’ve always been charged with the task of carving out spaces for myself where I can exist politically.

That does not mean it has been a singular struggle for me at all. LBS members have uplifted me and helped create spaces for me to exist, be affirmed, and empowered.” The strong bond between Makayla and her family is one of the highlights of the film.

For young people in other communities who want to become politically active, she advised, “Finding community or even creating community is the basis on which you can accurately and authentically engage politically. That is a priority for me. Community without surrounding activists, without supporters there really is no space to be liberated. We always have to use the village model and mobilize our community to see actual tangible change.”

Baltimore Rising is a poignant study in grassroots organizing and the benefits, as well as the drawbacks for the activists and the community for which they fight. For Gilliam-Price personally, she sees it as a way for the voices of Baltimoreans to be heard without the filter of mainstream reporting.

“I think it shows some of the actual organizing work that happens on the ground beyond the spectacular new stories that we see on mainstream media. I think it gives meat to the backbone of what Baltimore culture and politics are, which is extremely necessary, and effectively puts the narrative back in the hands of actual Baltimoreans — not just someone reporting on what is happening in Baltimore.

“It is Baltimore through Baltimoreans’ eyes and that’s what I love and cherish about the documentary.”

For more information about Baltimore Rising, including show times, go to www.hbo.com/documentaries/baltimore-rising. 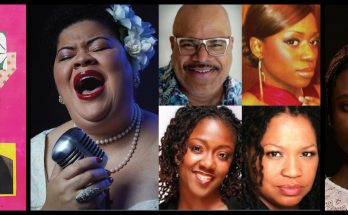 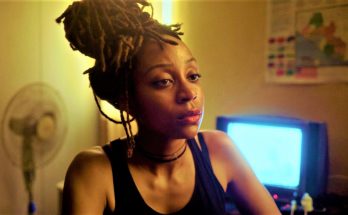 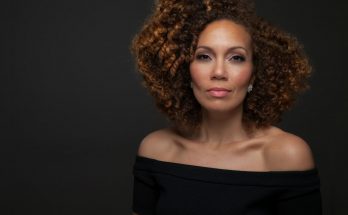