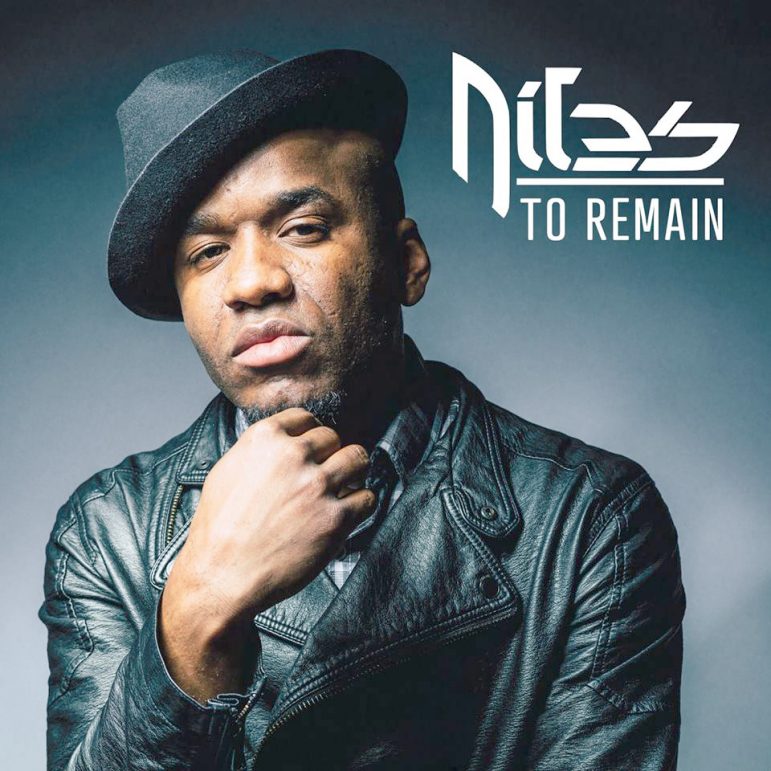 The journey of an artist is often filled with unexpected twists and turns, as Chadwick “Niles” Phillips discovered when he first set out to live his musical passions. He learned the hard way that you can be signed to labels, make national television appearances, work for top companies and still not be on top.

So, the Michigan native uprooted his Big Apple dreams for Mini-apple security and began to build his own renaissance empire. He went from assuming hosting duties at one of the Twin Cities’ longest running open mics and teaching a youth program to launching Avant Garde, his own entertainment platform to showcase and support emerging artists — all while winning major grant funding to do it.

Now, the producer and promoter has set his eyes back on his own passion as a hip hop artist, with the forthcoming release of his debut album, To Remain.

Here, we chat with Niles about his journey, the message behind his music and living his dreams.

MSR: You were pretty much set to launch in New York eight or nine years ago. What happened?

Niles: Well, I was about to release [my project] in New York. I didn’t know how I was going to pay my rent and ended up moving and starting life over. Honestly, when I came here, I wasn’t even going to get back to rapping, though. It was more like, dude, you need a job, don’t even think of music. Don’t even think of art.

MSR: You already had family here, but what was it like coming back to the Twin Cities?

Niles: I’m a hip hop artist, a producer, concert curator, and I teach, so I have kind of like, a unique avenue. But, it’s a diverse set of artists out here. At the same time, you really have to just go in as much as possible and believe in yourself, because like any scene, it’s competitive.

Moving here from New York, I already had like a certain hustle about, because in New York, you think you’re missing out on stuff even if you go on a vacation. [Laughs]

I try to stay on the optimistic side of things. I don’t get on the complaining side because it’s like, what’s that going to do? And, if you have a broader vision and you’re not really thinking local — even though you’re here, you’re thinking broad. And, when you think broad it makes you ride, I think, on a higher altitude.

MSR: What inspired you to start recording again?

Niles: Just seeing and meeting up with different artists that I knew who were traveling the world. [But, it was] just more about really living out your passion, because I think you’re most powerful, you’re most influential, when you’re seen for who you are, respected for who you actually are…

So, this album, this [release] party, it’s the most important evening of my adult life. And it’s me facing me, obliterating my fears.

MSR: When you say fears…

Niles: [Learning to] just live in my passion and the element of sacrifice and really understanding what that means. Regardless of how you feel inside, you have to give a piece of yourself to the world, you know. But the more that you do it, the more comfortable you get, the more faith you have in God, with you just floating and flowing in it.

And, I feel like I represent every artist who stopped. This is an inspiration to every artist who stopped doing it, to get them to get back to it, because that’s a part of my testimony. It’s artistic redemption. It’s a reminder of a better tomorrow if you don’t give up. So this is the build-up. Because, when I started the Avant Garde [I thought] was going to be on some Berry Gordy-ish.

MSR: Yes, your production company. How did that come about?

While I was [hosting Poet’s Groove], I was developing as an educator, as an advocate for the scene. And as that went on, the Avant Garde started to formulate in my mind. And, it was a perfect shift because right when the Blue Nile closed, a week after that, we had our launch party.

MSR: What was your vision?

[There are] incredible neo soul artists here, incredible poets, incredible hip hop artists that are on a message tip. So it’s keeping that eclectic urban arts legacy alive. But, even deeper than that, it’s just showing who we are as a people in the highest form and fashion because, regardless of what they tried to tell people is, I always saw us as royal.

So anything that matches that artist-wise is, what I wanted to personify as a businessman and as an artist and whichever artists choose to be a part of the presentation.

MSR: Speaking of legacy, tell us about the meaning of your new album’s title, To Remain.

Niles: The word ‘remain’ is a very powerful word to me.It means everlasting, enduring. It’s ancient and modern. And, when I look at the things that remain, those are the things that are most, I think, impactful. People who remain: Martin Luther King, Mother Teresa, Phillis Wheatley, Langston Hughes. These are people who extracted as much out of them as possible to heal the world, to change the world, to empower the world. And, from the time before we were born to even after we’ll leave, they’ll be taught about, forever.

So, when you look at remaining, it comes down to, well, what are you going to do while you’re here? But then it’s to remain [as in] to remain yourself, to remain great, to remain real in the world that is trying to change you.

MSR: Where do you draw your inspiration?

Niles: Well, family-wise, my mother and father. My mom was a very highly talented sketcher, painter and my father is the longest tenured African American in a symphony orchestra [Colorado]. He’s 86, now, so he came up in that whole bebop era. So music-wise, people from that era, you know, Miles Davis, Thelonious Monk, Billie Holiday, Dizzy Gillespie, just people who personify who we are. And, hip hop wise, Common, Nas, Dre 3000.

Niles: Tour. More videos. Interviews, everything! And expand the Avant Garde, as well. The album is going to be released under the Avant Garde, as a label. I want to grow my enterprise. I have a certain platform set here and the album is a vehicle for that. I want this album to soar in each and every way possible, and I want to open doors for the next generation of artists.

Niles’ debut release party takes place September 21 at the Ice House, located at 2528 Nicollet Avenue in Minneapolis. Hosted by Vie Boheme, the evening will feature an opening performance by Calvin The Second and a keynote by David TC Ellis, founder of the High School For Recording Arts.

Stephenetta (isis) Harmon is a contributing writer at the Minnesota Spokesman-Recorder and digital editor for Hype Hair. She is also the founder of Sadiaa, the first US-based directory dedicated to Black-owned hair and beauty businesses. She can be reached at sharmon@spokesman-recorder.com.