​My previous articles in this space have referred to the need for students of color to pursue careers in science and medicine. A recent (11/27/19) article in phillymag.com titled “The Shortage of Black Male Doctors is Medicine’s Real Emergency” underscores the urgency of this need: “Today Black men account for a mere 4% of all doctors in the United States, despite the fact that Black people make up 13% of the population. Researchers say that the shortage of Black men in medicine has effectively stunted efforts to address health disparities and improve access to health care for underserved populations.”

A career in medicine requires support from families, friends, and from the institutions of learning themselves. Within the medical schools exist organizations specifically formed to help these particular students.

The NMA recognized the need to give active support to medical students and encourage them in the pursuit of careers as physicians. The SNMA’s founding chapters in 1964 were Meharry Medical College and Howard University College of Medicine.

In 1971, the SNMA became an independent corporation. Early achievements included the publication of the association’s first “signature” publication, “The Black Bag,” and the introduction of regular regional conventions.

Affirmative Action legislation was in place everywhere, with minority enrollments rising at schools throughout the country and on most medical school campuses. SNMA’s network grew steadily.

The SNMA continued to grow at the local level, focused on “getting the word out,” promoting the themes of mutual support for medical students of color and advocating for the transformation of medical teaching to include cultural sensitivity training in the instruction received by all students.

The SNMA leadership began to bring a stronger focus to its community service efforts, fulfilling the organization’s mission not only to nurture and support the academic enrichment of its medical student members, but also to serve in a very real and proactive way. They have done so by encouraging “pipeline” youth into the fields of medicine and scientific research while also addressing health care concerns.

Sustaining growth has required that SNMA leaders innovate to create avenues to reach and motivate underserved students and encourage them to join our ranks. In addition, the growing disparity in healthcare access and quality to underserved communities has focused the energies of SNMA community outreach and advocacy.

What remains constant is the mission and policy governance by and for the medical students; this is the SNMA.

David Hamlar MD, DDS is an assistant professor in the Department of Otolaryngology, Head and Neck Surgery at the University of Minnesota. He specializes craniofacial skull base surgery. He attended Howard University College of Dentistry (DDS) and Ohio State University (MD), and came to Minnesota for his fellowship in facial plastic and reconstructive surgery. Besides medicine, he is a retired Minnesota National Guardsman achieving the rank of major general. His passion today is empowering students of color to achieve their dreams of entering the medical professions as well as other STEM-oriented careers. 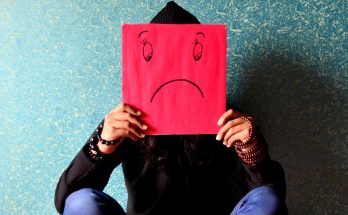 Are you dying from loneliness? 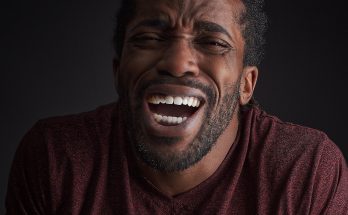 Managing emotions is hard but doable