On Friday, July 17 a healing ceremony took place at a proposed commemorative plaza at the corner of Concordia Avenue and Fisk Street in Saint Paul in order for everyone who had a role in the destruction of the Rondo Community to be given the opportunity to acknowledge their role and apologize. 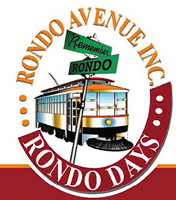 On the following Saturday, July 18, vendors, entrepreneurs, members and friends of that community gathered at the Rondo Education Center’s Outdoor Field on 560 Concordia Avenue to bring back a sense of community, togetherness, pride and reunion from the old Rondo community.

“It’s a wonderful day,” said St. Paul Mayor Chris Coleman, who attended both events. “But I think that the work that we’re doing right now, to not just commemorate Rondo, but to really learn from Rondo and move beyond that is incredibly important.”

The event, known as the Rondo Days Festival, took place on Saturday from 10 am to 6 pm. This was the 32nd Annual Rondo Days Festival, and the event was arranged by Rondo Avenue Inc. This community-based nonprofit organization was created in 1982 with the intent to share the contributions of African Americans and the cultural history of the Rondo community with the city of St. Paul and the state of Minnesota, and to bring people together to celebrate the positive growth and diversity of the Rondo community.

According to the Rondo Avenue Inc. website, the event is meant to “bring out the best and brightest of Minnesota’s African American stories, achievements and culture.” It is also intended to reunite the dispersed Rondo Community, welcome new neighbors, and “encourage everyone to be mindful of the extent to which neighborhoods nourish our souls.”

The Rondo Days festival included a 5k Walk & Run, a Grande Parade, and a Festival and Dance Team competition as part of the celebration of the old Rondo Neighborhood. In addition, many food vendors, politicians, and local businesses were present at the event.

While the day before the event was meant for healing, Rondo Days had a separate significance. “The main thing is that it’s an opportunity for the community to come back together as a massive group of people that can reflect, can celebrate the memory of the old Rondo neighborhood before the I-94 construction that caused the destruction of the community,” said Ronald Charles Buford, board member, president, and entertainment coordinator for Rondo Avenue Inc.

Bringing the displaced community together was a theme that was echoed through many individuals who attended the event when speaking about what Rondo Days meant to them. However, many individuals also spoke about pride and acknowledging the history of the community.

“This event means community pride,” said Ken Parsons, a 61-year-old Minneapolis resident and co-owner of the Curbside Chicken mobile food unit that worked the event along with several other food vendors. “This event also has to do with some of the things that have happened with land use with Black people in America. And quite often when decisions are made on what neighborhoods to run trains through, or you have to run [highways] like I-94 through, the decisions are made to go through those communities.”

The Rondo Community was St. Paul’s largest Black neighborhood in the 1930s. In the 1960s, I-94 was built through the heart of the community, Rondo Avenue, and displaced thousands of African Americans. The construction destroyed the physical community.

Although Rondo Days is a celebration, it is also a reunion for many who attend. Brian White Sr., a 57-year-old St. Paul resident who grew up in the Rondo Community and is currently the owner and founder of the America’s Most Wanted mobile food unit that worked the event, spoke to the reunion quality of Rondo Days.

“[You see] everyone you grew up with and everybody you’ve ever known, your childhood and everything,” said White. “You might see people you haven’t seen since you were five, six years old out here.”

Mayor Coleman, whose mother grew up and lived in Rondo until after she got married, also spoke about how the assembly of the displaced members of the Rondo Community provided a reunion-like event. “These are a lot of old friends,” Coleman said “[These are] people I grew up with, people I went to high school with, people I’ve known for many years, and just folks that I’ve worked with in the community. And so it’s a little bit of a reunion for me as well every time I get up here.”

Every Rondo Days brings back a sense of community, togetherness, pride and reunion from the old Rondo community, but because of the healing ceremony that took place one day prior to the event, this Rondo Days had an emotive quality to it that other Rondo Days haven’t had.

“I just think that the spiritual and the emotional impact that the healing ceremony, I think it’s going to carry over…” said Buford.

Coleman articulated a similar sentiment: “I think people, with the healing ceremony yesterday, really feel a sense of being able to move forward a little bit. It’s really wonderful.”

Daniel Abramowitz is an MSR journalism intern and a student at Macalester College. He welcomes reader responses to dabramow@macalester.edu.

View all posts by Daniel Abramowitz →