This series will cover the WNBA’s 21st season with at least one story on the league weekly from the season’s May 13 opening to its closing on September 3 and through the 2017 playoffs.

Whether or not she wins this season’s most valuable player award, Sylvia Fowles has played like one thus far. Just ask opposing WNBA coaches:

“I relate her to a player like Shaquille O’Neal,” noted Atlanta’s Michael Cooper after the Minnesota Lynx center controlled the paint on both ends of the court in defeating his Dream earlier this month. “She’s just relentless and she’s not going to quit. When the game is on the line, it seems like she got stronger and stronger.” 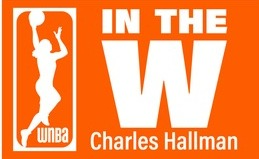 Fowles throughout the season has often been asked about her performances, but thus far she has mostly avoided the trap of talking about personal awards. This despite thrice being named Western Conference Player of the Month, the last one for July. (Update: Fowles has again been named Western Conference Player of the Week for games played Aug. 7-13). The 6’-6” 10–year veteran frontcourt player has led the league in shooting accuracy at a high 60 percent clip, second in scoring, third in rebounding and third in blocks.

“Mostly it’s about footwork,” Fowles told the MSR after a recent game, “and poise when the double and triple teams come — when to throw it out. It was more mental than anything, and making sure I’m staying poised and not getting rushed, and how I can read the defense.”

If Fowles is indeed named MVP at season’s end, she might have achieved a historic double-double. Earlier this year she became the first foreign-born player to win the Chinese league’s most valuable player honors. Apparently she has carried it into her third season with the Lynx.

“I have everything I can actually ask for here,” said Fowles. She was the key piece in a three-team trade in July 2015, acquired from Chicago, who drafted her in 2008 second overall in the draft. “The organization, the [Minnesota coaching] staff and my teammates are amazing. We help each other up when we’re down. I don’t think I could be in any better situation.

“You got everything I could possibly need to make a successful [run]” at a WNBA championship,” noted the soft-spoken off-the-court center. She easily reiterated her no-budge stance of sitting out the entire 2015 season unless her trade request was met — Fowles put Minnesota top on her list of teams to switch uniforms with.

“That’s why I was willing to sit out that year. If I had to, I would’ve,” stated Fowles. “A lot of people forget that this is a business. If I wasn’t doing my job, I would have gotten traded.”   She used her leverage at the time and eventually got her wish.

“Each year I try to get better,” said Fowles, who credits first-year Lynx Assistant Coach James Wade for working with her in player development sessions. “I come into the season [asking myself] how I can get better in certain areas. How can I get more comfortable in certain areas?

“I look to continue to get better each year,” concluded Fowles. “You got to add something to your game offensively and defensively each year.”

Yes, she said it…

“I’m best when I‘m moving,” says Sylvia Fowles of her play this season. 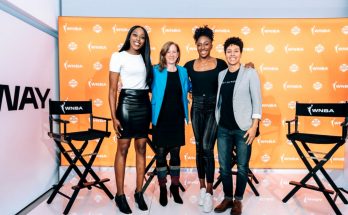 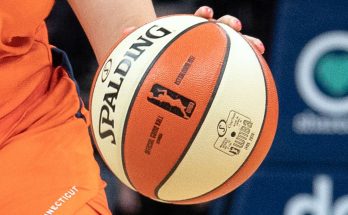