It took him 10 years — actually his entire life — but this winter Wallace “Jack” Jackman finally set foot on African soil.

Jackman, the MSR’s co-publisher emeritus, was part of a seven-member delegation that traveled to Eldoret, Kenya last month to help train that city’s firefighters. “I found the whole trip overwhelming and exciting,” he points out.

While in Eldoret, which is Minneapolis’ sister city, Jackman visited schools, medical facilities and children programs. He also met with top city officials, including the police and fire chiefs.

“We went to the fire station to meet these firemen, and they were all standing there at attention, well dressed and ready and eager to go,” he recalls. “They were taught by the British, and most of the things the Minneapolis Fire Department taught them how to do was totally opposite and 100-percent better than how they were trained.”

Minneapolis Fire Captain Colleen Mullen, a 20-year veteran who helped conduct the firefighting training for 30 Eldoret firefighters, said she was impressed with their eagerness to learn various new techniques, including handling fire hoses and search-and-rescue. “We did notice that they ran everywhere,” she points out. “The British taught them to run everywhere, so we got them to slow down and stop running and walk with purpose.”

The Kenyan firefighters also “did a lot of hopping” while carrying hoses, continues Mullen. “Every time they hopped, it knocked them off their feet,” she explains. After learning a different way, “They actually were shocked on how easy it was to hold the hose.”

Although the Eldoret Fire Brigade’s equipment “is outdated and cannot stand up to the fires,” Mullen says they now can better fight fires because they have a second 1,000-gallon water tank. “Now they can last more than five minutes in water. We got them up to at least 22 minutes of water just by hooking the other two rigs up with the truck that was donated. It is enough to put out a decent house fire.”

A retired fire truck was donated to Eldoret and shipped there last year.

Retired Judge LaJune Lange of the nonprofit International Leadership Institute (ILI) says that even though a lot has improved in Eldoret over the last 10 years, there is still more needed there. “The lack of regular electricity in the schools and clinics is one of those things,” she points out. “Lack of working plumbing also is a challenge.”

“There are six or seven schools that need so much,” adds Jackman, “but [the students] are getting well educated.” Jackman has been involved since 2000 with the ILI, which sponsored the training. He has hosted visiting Kenyans at his home, including the mayor of Eldoret and other city officials.

Lange had previously invited Jackman to visit Africa on an exchange visit as part of the ILI team, but he resisted. “I heard a lot of bad things about Africa,” admits Jackman. “Wars were breaking out…and the diseases you could get.”

Such fears persisted over the years, but last summer he finally accepted Lange’s invitation to accompany her and Minneapolis fire officials on the two-week training program scheduled for January of this year.

Once there, Jackman says he quickly learned that Africa was nothing like he originally believed based on images from watching those old Tarzan movies for years.  “Once you put your feet on the ground of Africa, all of that is a myth,” he gladly reports. “I felt that there couldn’t be anything that could hurt me. I’m overwhelmed with joy from going.”

Lange strongly suggests that, as Black Americans, “We have to overcome and make that journey” to Africa.

“It was a trip I will never forget,” confirms Jackman.

And Lange proclaims that Jackman will join them again: “We’re expecting him to be there” with the next delegation. 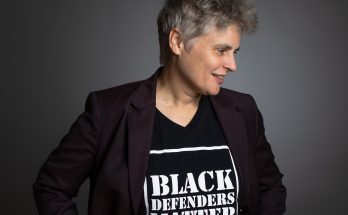 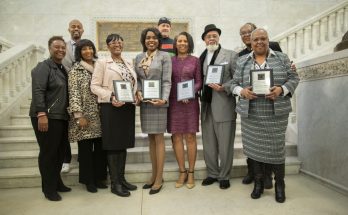