National Public Radio (NPR) host of All Things Considered and Minneapolis native Michele Norris is returning home for a series of events surrounding the release of her new book, The Grace of Silence. The book is a memoir that tells the story about her family’s experience as the first African American family on their block in South Minneapolis during the 1950s. Norris is a radio journalist who has hosted All Things Considered since 2002. She is the first African American female host for NPR. She is a graduate of Washburn High School in South Minneapolis and the University of Minnesota as well.

The City of Minneapolis, Minneapolis City Council members, Hennepin County Library, the Building Brides Committee and the Minneapolis Public Schools have joined forces to launch the “One Minneapolis, One Read” initiative. This first-time initiative for Minneapolis is designed to promote literacy and respectful dialogue through a citywide reading of The Grace of Silence. The idea for this first-time citywide read and discussion was the result of a proposed plan by the Minneapolis Park Board to convert a portion of the Martin Luther King Park (MLK) in South Minneapolis to a dog park. Some members of the Kingfield neighborhood and surrounding areas opposed the plan, making claims of racism and disrespect for Dr. King and what he stood for.

A group of concerned Minneapolis residents led by Mary Merrill Anderson, who was appointed by the Minneapolis Park Board to facilitate an advisory task force to make recommendations to the park board, and several African American seniors — Ed and Doris Christopher and others — led the charge to successfully fight off the dog park. The taskforce recommendations led to the rededication of MLK Park and the “Freedom Form #2” statue created by nationally noted sculptor Daniel LaRue Johnson in August 2011.

After many controversial debates over a Minneapolis dog park at MLK Park, neighbors wanted to find ways to talk about race and increase understanding. The Grace of Silence has been selected as that vehicle to extend the conversation about race in Minnesota. MSR spoke with Minneapolis City Council Member Elizabeth Glidden, who lives in South Minneapolis, about the One Minneapolis, One Read initiative.

MSR: What does this first-time One Minneapolis, One Read program and Michele Norris coming to talk about her book mean to you? EG: I’m just so excited this is actually happening because it came together on short notice. The inspiration was really a group of residents that I have been working with called “Building Bridges.” We started working together after the controversial conversations about the dog park in MLK Park. Those controversial conversations ended up highlighting a racial divide in our community. It didn’t start it, it didn’t cause it, but it sure did highlight it. This was a very racially polarized conversation. The residents came together and said we just can’t let this drop because it’s not right.

They wanted to figure out ways to work together and tell the stories that are the history of our neighborhoods. So we talked about ways to start conversations about race. One of the people in our group is Michele Norris’ aunt…Doris Christopher. So things fell into line from there. Glidden and the Building Bridges group realized the opportunity to expand the conversation beyond South Minneapolis and make it citywide with Norris and her book. Glidden says that the group explored the difficult topic of race and asked each other about ways to continue it. According to Glidden, one of the barriers identified was the lack of communication by many mixed-race and White individuals, who rarely participate in discussions about race. Glidden and the Building Bridges group believe that talking about Norris’ book is a way to start that conversation.

MSR also briefly spoke with Doris Christopher about her involvement with the One Minneapolis, One Read initiative. MSR: Tell me what this One Minneapolis, One Read initiative means to you? DC: I’m happy to see everything come together, starting with the rededication of the MLK Park and [Freedom Form #2] sculpture. It was something that has been so dear to my heart. I know that Dr. King was the reason for a whole lot of changes in our society. I want to give him the credit that he is due. I really think this all started with the dog park conversation. The work of the Legacy Committee was so important, and I was so proud of our senior citizens. They contributed so much because they lived the history. You have to live the history to really appreciate what’s happening now. MSR: Do you think that the work of those seniors is a statement to young people who believe that those seniors’ time has passed?

DC: Sure, isn’t that the truth. When we were fighting against the dog park, those seniors came out in any kind of weather to have their voices heard. I’m proud of my generation. We have not quit, and we’re certainly not just sitting in rocking chairs. We’re out here trying to see that things will be better for generations to come. The main event for One Minneapolis, One Read is scheduled for Mon., Oct. 3, 7 pm, at the Guthrie Theater. The event will feature Norris with MPR News host Kerri Miller for a discussion of The Grace of Silence. The Guthrie Theater is located at 818 S. 2nd St., in Minneapolis.

Tickets are $10 for general admission and $5 for seniors, students, and those with limited income. For tickets, call 612-377-2224 or go to www.guthrietheater.org. For more information about the book and the community read program, go to www.OneMinneapolisOneRead.com. James L. Stroud, Jr. welcomes reader responses to jlstroud@spokes man-recorder.com. 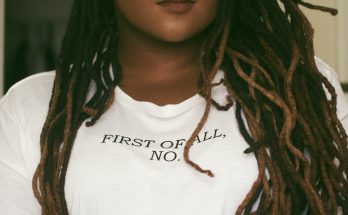 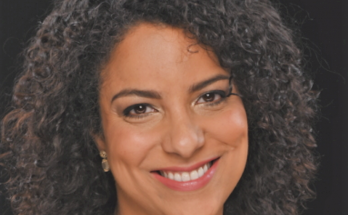