Promoting education has been the biggest reward for Laverne McCartney-Knighton since taking over as area development director for the United Negro College Fund (UNCF) Minneapolis/St. Paul office last year.

“When education is high on the priority list, students are able to get college degrees and are able to come back and work and live and thrive in their own communities and be a contributing factor to building a stronger economy and building stronger families,” said McCartney-Knighton.

“If we aren’t working daily to make sure those needs are being met for our students,” she added, “then we’re doing a disservice to our community.”

McCartney-Knighton said she enjoyed school growing up. “School was always interesting for me, I was always an engaged student.”

When visiting schools today, she said she doesn’t see students as interested or as engaged in the classroom. “I think they’re coming with a lot of other issues so, as a result, school just doesn’t hold their undivided attention.”

The financial assistance is where UNCF comes in. Established in 1944, the organization provides 10,000 students with scholarships worth more than $100 million each year. It also provides financial support to 37 Historically Black Colleges and Universities (HBCUs) and advocates for equitable education for students of color, according to its website. The UNCF has already raised nearly $100,000 for Minneapolis freshman college students via its annual MLK Holiday Breakfast this past January in partnership with General Mills.

“The biggest barrier for students would be financial resources, having financial assistance to attend colleges and you know, making sure they have enough money to pay for tuition and room and board and books and all those things,” she said.

Those barriers are why she said she wants to use her skills as a networker and connector to “build on keeping scholarships front and center of what we do.”

But, McCartney-Knighton said fundraising has been the biggest challenge.

She added she is fortunate that her predecessor, Sharon Smith-Akinsanya, left her with a stable supply of relationships and partners before leaving the position. Because of that, she said, “Coming into the role wasn’t as difficult as it might have been for somebody else. I wasn’t needing to rebuild connections. Those connections will already be made so, all I needed to do was continue to momentum-build upon that.”

Prior to her current position, McCartney-Knighton said she had always been on the philanthropic side of fundraising. “Now I’m on the side of asking for the money, and I am just taking some of those lessons I learned in being a funder to now being the one asking for funding and utilizing what I’ve learned on the other side of the fence. It gives me, I think, an edge to know how funders think and what funders are looking for.”

That edge is what she hopes to utilize when fundraising for the 2019 Masked Ball, the organization’s largest local fundraising event of the year. It will be her first time organizing and hosting the event all on her own.

“[I’m] really gearing up for that and making sure I’m maintaining the previous relationships we’ve had in fundraising for, but also building on past momentum,” she said.

While fundraising and networking may be at the crux of her position, providing students with access to education is what she said drives her in the role. It is also the reason she took the job in the first place.

“I can be honest, I wasn’t looking for this role, and I didn’t always believe that I was equipped to be a fundraiser, but because I know this community, I love this community, and I love what UNCF stands for, it wasn’t a hard thing,” she said. “It was really me trying to do the right thing for an organization that’s doing really good for the community.”

For more information on the UNCF’s local efforts and scholarships, visit www.uncf.org/minneapolis. 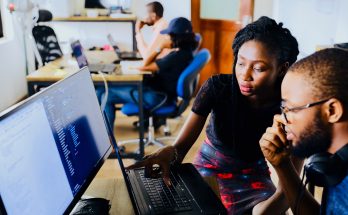 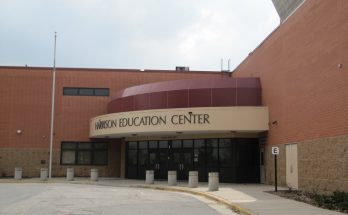 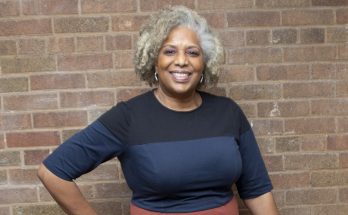 Keith Schubert is a contributing writer at the Minnesota Spokesman-Recorder. He can be reached at kschubert@spokesman-recorder.com.

View all posts by Keith Schubert →