Michigan last spring broke the Big Ten’s four-year White-only coaching lineup with the hiring of Juwan Howard to succeed John Beilein, who left for the NBA. Almost three decades ago the Chicago-born Howard was the first of the famed Fab Five to sign and commit to Michigan. He played there three seasons before leaving for the NBA after his junior year.

After 19 pro seasons, Howard spent six seasons in the Miami Heat organization, beginning in 2013-14 as an assistant player development coach, then elevated to fulltime assistant for five seasons. Howard returns this year to Ann Arbor for his first head coaching job stint at any level.

That in itself is rare—when Black coaches do get a head coaching opportunity, it’s oftentimes with a down-and-out program. But Howard’s first Maize and Blue squad only lost three starters from a season ago and has only two freshmen on its 16-man roster.

He was back at the Barn Sunday for the first time in 26 years, this time leading his team from the sidelines rather than on the court. “To get my first head coaching job at a major institution, one of the top institutions in the world,” Coach Howard told the MSR after his post-game press conference, “I compare this to an NBA job. The only difference is that I am coaching younger men than grown men.

“I am able to help change lives, to develop these young men into men,” Howard stressed. “This is really a blessing that I don’t take for granted. It is an honor to be the head coach at the University of Michigan.”

Howard admitted that coaching was a natural progression when he transitioned from active player to retired athlete. Former NBA assistants and now head coaches Nate McMillian and Monty Williams also talked to him about coaching. He initially envisioned a franchise front-office position, “working my way up to become someday a general manager or president of an NBA team” after he finally retired as a player, he recalled.

“I really started locking in thinking that coaching would be my next phase in my life,” Howard continued. “I started to look at the game in a different lens.”

More importantly he could pay it forward, “teaching the game to the next level of competition,” Howard said. “When you leave as a player and you’re still as competitive as I am, coaching is that next step.”

When he’d been asked if a head coaching opportunity might elude him, Howard would say, “I never doubt it.” He’s had at least five coaching interviews in the last two years, “and I just knew at some point it was going to happen. I always had my sight on if Coach Beilein retired, then that would be something I would be interested in, the only coaching job I would be interested in.”

Being back at his alma mater, Coach Howard hopes to leave a lasting impression on his players. “I don’t use that word loosely but I want to show them how important they are,” he said.  “I’m really interested in their life… I hope they see how authentic and genuine [I am] by calling them one of my family for life.”

“This is really a blessing that I don’t take for granted.  It is an honor to be the head coach at the University of Michigan,” Howard says proudly. 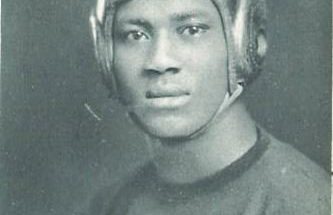 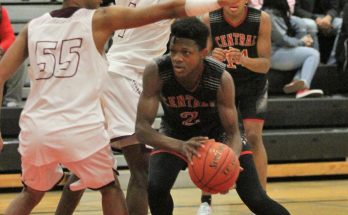